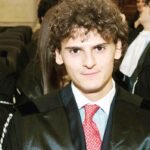 Gabriel Frasca graduated from the classical high school in 2008/2009. In the academic year 2013/2014, he graduated with honors from the Faculty of Law of the University Roma Tre after defending a dissertation on the topic of the European Arrest Warrant (the dissertation was supervised by Prof. Caggiano). In 2019, Gabriel completed the third year of his doctoral studies in legal disciplines by studying mutual recognition of judicial decisions in the field of security, freedom and justice (also under the supervision of Prof. Caggiano).

In 2016, he passed the bar exam. Gabriel deals with criminal law, works as an assistant at the Faculty of Law of the University Roma Tre, and collaborates with the most well-known online legal newspapers, including Studiocataldi.it and avvocatoandreani.it.
Gabriel deals with various aspects of criminal law, with special regard to crimes against persons and property. 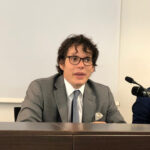 In the academic year 2014/2015 Alessandro graduated from the Faculty of Law of the University Roma Tre (the diploma thesis was supervised by Prof. Felli). In 2017/2018 he graduated with honors from the University of La Sapienza by finishing the second-level university postgraduate course focused on private law and defending the thesis on the “Coman” judgment of the European Court of Justice as of June 5, 2018 (supervisor  – Prof. Alpa, academic adviser – Prof. Alessandrini).

Since 2015, Alessandro has been included in the list of court interpreters and translators at the Court of Rome – Civil Law Department as a translator and court interpreter of the Czech language. In addition, he is fluent in English, speaks German and Russian. In 2018, he passed the bar exam. He successfully completed two levels of a two-year course in military criminal law and proceedings at the Military Court of Rome. He is registered with the Court of Rome in the list of curators of the estate in abeyance.